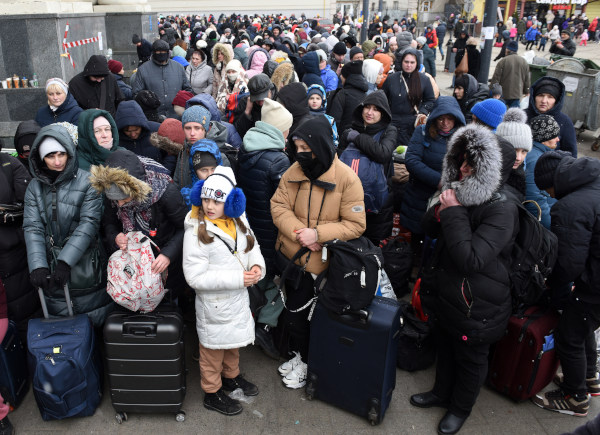 As at March 25, 10 million people living in the Ukraine have experienced displacement as a consequence of the Russian invasion. More than 6.5 million are displaced within the Ukraine and more than 3.7 million have fled the country. An additional 13 million people are believed to be stranded in war affected areas and unable to leave.

Since February 23, the Australian Government has issued more than 5,000 visas to Ukrainians fleeing the war, with 1000 having arrived on these visas as at March 24. The visas are mostly  temporary protection visas that allow those holding them to remain in Australia for up to 3 years, to work, to access medicare and other support services, and for children to attend school. The Government has announced those requiring permanent protection will be able to move onto a visa granting permanency.

In addition to this all Ukrainian nationals who are already in Australia (eg on a tourist visa) and have a visa that expires before June 30 will have their visa extended another 6 months.

The influx of substantial numbers of refugees from the Ukraine and Afghanistan (the latest Australian Government budget announced 16.500 humanitarian visas for Afghani refugees), which are additional to the existing annual intake of 13,750 people in humanitarian need, means community support will be vital. in the case of those coming from the Ukraine the Government will work through existing Settlement Support Service Agencies and directly with the Ukrainian-Australian community, which as at March 20 had received grants of $450,000 to help facilitate the work.

The Ukrainian Australian diaspora is relatively small (around 13,500). Community leaders have established a website in which Australians can offer their assistance. Eg They are seeking people who will open their homes to offer accommodation, are willing to volunteer, and/or offer other forms of help (eg bedding, clothing,etc). The URL is https://ukrainians.org.au/i-would-like-to-help/.